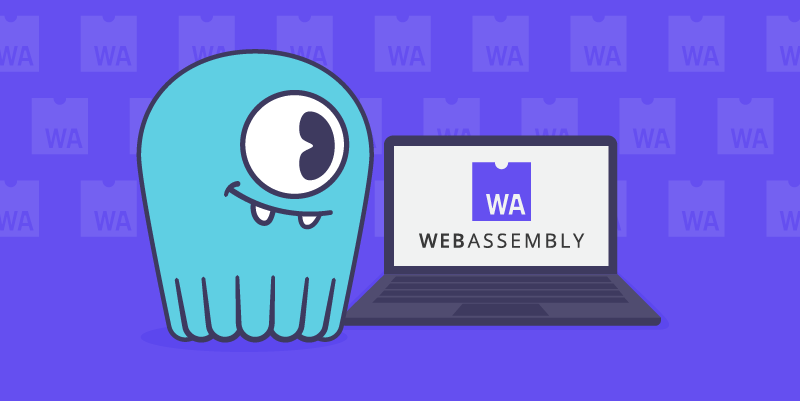 Editor’s note: This post is by P99 CONF speaker Piotr Sarna.  To hear more from Piotr and many more latency-minded engineers, check out the videos from P99 CONF, including Piotr’s talk on Wasm.

WebAssembly, also known as WASM, is a binary format for representing executable code, designed to be easily embeddable into other projects. It turns out that WASM is also a perfect candidate for a user-defined functions (UDFs) back-end, thanks to its ease of integration, performance, and popularity. ScyllaDB already supports user-defined functions expressed in WebAssembly in experimental mode, based on an open-source runtime written natively in Rust — Wasmtime.

In fact, we also just added Rust support to our build system in order to make future integrations even smoother!

WebAssembly is a format for executable code designed first and foremost to be portable and embeddable. As its name suggests, it’s a good fit for web applications, but it’s also generally a good choice for an embedded language, since it’s quite fast.

One of WebAssembly’s core features is isolation. Each module is executed in a sandboxed environment separate from the host application. Such a limited trust environment is really desired for an embedded language because it vastly reduces the risk of somebody running malicious code from within your project.

To integrate WebAssembly into a project one needs to pick an engine. The most popular engine is Google’s v8, which is implemented in C++ with support for Javascript and provides a very rich feature set. It’s also (unfortunately) quite heavy and not very easy to integrate with asynchronous frameworks like Seastar, which is a building block of ScyllaDB.

Fortunately, there’s also Wasmtime – a smaller (but not small!) project implemented in Rust. It only supports WebAssembly, not Javascript, which also makes it more lightweight. It also has good support for asynchronous environments and has C++ bindings, making it a good fit for injecting into ScyllaDB for a proof of concept implementation.

In ScyllaDB, we selected Wasmtime, due to its being lighter than v8 and its potential for being async-friendly. While we currently use the existing C++ bindings provided by Wasmtime, we plan to implement this whole integration layer in Rust and then compile it directly into ScyllaDB.

So, how would one create a WebAssembly program?

First, modules can be coded directly in WebAssembly text format. It’s not the most convenient way, at least for me, due to WASM’s limited type system and specific syntax with lots of parentheses. But it’s possible, of course. All you need in this case is a text editor. Being in love with Lisp wouldn’t hurt either.

C and C++ enthusiasts can compile their language of choice to WASM with the clang compiler.

The binary interface is well defined, and the resulting binaries are also quite well optimized underneath. The code is compiled to WebAssembly with the use of LLVM representation, which makes many optimizations possible.

Rust also has the ability to reduce WASM output in its ecosystem, and a wasm 32 target is already supported in cargo, the official Rust build tool chain.

Why do we need WebAssembly? Our first use case for ScyllaDB involves User Defined Functions (UDFs). UDF is a Cassandra query language (CQL) feature that allows functions to be defined in a given language, and then calling that function when querying the database. The function will be applied on the arguments by the database itself, and only then returned to the client. UDF also makes it possible to express nested calls and other more complex operations.

Here’s how you can use a user-defined function in CQL:

UDFs are cool enough by themselves, but a more important purpose is enabling User Defined Aggregates (UDAs). UDAs are custom accumulators that combine data from multiple database rows into potentially complex outputs. UDAs consist of two functions: one for accumulating the result for each argument and another for finalizing and transforming the result into the output type.

The code example below shows an aggregate that computes the average length of all requested strings. Functions below are coded in Lua, which is yet another language that we support.

…and now, let’s combine them all into a user-defined aggregate:

Here’s how you can use the aggregate after it’s created:

One function accumulates partial results by storing the total sum of all lengths and total number of strings. The finalizing function divides one by the other in order to return the result. In this case the result is in the form of rendered text. As you can see the potential here is quite large — user-defined aggregates allow using database queries in a more powerful way, for instance, by gathering complex statistics or transforming whole partitions into different formats.

To create a user-defined function in WebAssembly, we first need to write or compile a function to WASM text format. The function body is then simply registered in a CQL statement called create function. That’s it!

Note that the declared language here is xwasm, which stands for “experimental WASM.” Support for this language is currently still experimental in ScyllaDB.

The current design doc is maintained here. You’re welcome to take a look at it: https://github.com/scylladb/scylladb/blob/master/docs/dev/wasm.md

WebAssembly support is in active development, and here are some of our most important goals.

Helper Libraries for Rust and C++

Writing functions directly in WAT format is cumbersome and not trivial because ScyllaDB expects the functions to follow our application binary interface (ABI) specification. In order to hide these details from developers, we’re in the process of implementing helper libraries for Rust and C++, which seamlessly provide ScyllaDB bindings. With our helper libraries, writing a user-defined function will be no harder than writing a regular native function in your language of choice.

We currently rely on Wasmtime’s C++ bindings to expose a WASM runtime for user-defined functions to run on. These C++ bindings have certain limitations though. Specifically, they lack support for asynchronous operations, which is present in Wasmtime’s original Rust implementation.

The choice is abundantly clear — let’s rewrite it in Rust! Our precise plan is to move the entire user-defined functions layer to Rust, where we can fully utilize Wasmtime’s potential. With such an implementation, we’ll be able to run user-defined functions asynchronously, with strict latency guarantees; we’ll only provide a thin compatibility layer between our Seastar and Rust’s async model to enable polling Rust futures directly from ScyllaDB. The rough idea for binding Rust futures straight into Seastar is explained here.

We already added Rust support to our build system. The next step is to start rewriting User-Defined Functions engine to a native Rust implementation and then we can compile it right into ScyllaDB.

WASM support is only one of a huge number of projects we have underway at ScyllaDB. If you want to keep abreast of all that’s happening, there’s a few ways to get further plugged in:

At this year’s P99 CONF — free and virtual — Piotr will take deeper dive into this topic with a talk on “Keeping Latency Low for User-Defined Functions with WebAssembly.” He will show how to integrate WebAssembly and Wasmtime into a C++ project in a latency-friendly manner, while implementing the core runtime for user-defined functions in async Rust.